In Apple’s iPhones, it is fair to say that the battery is a bit of a mystery box. Unlike some of its competitors, it’s non-removable, so you have to trust that what you are getting is actually good. When shopping for a refurbished iPhone, a good battery is just as important as a sleek appearance.

Fortunately, you don’t have to stay in the dark. In this guide, we will answer some commonly asked questions regarding iPhone batteries, from understanding good capacity levels to the typical performance of an iPhone battery across different models.

Everything mentioned in this guide is applicable to all current and recent models of Apple smartphones. Where necessary, we’ve pointed out how different models function when it comes to their batteries. Generally speaking, though, this comprehensive iPhone battery guide will be helpful regardless of whether you’re looking to purchase an iPhone 7, or iPhone 11.

With the release of iOS 11.3 in 2018, Apple introduced a new feature that can tell you quite a lot about the capacity and function of your battery: Battery Health. It describes exactly how long your iPhone should last between charge cycles, on a scale of 0% to 100%.

Your phone’s maximum battery capacity goes down over time. New iPhones typically come with a 100% capacity, but charge cycles and potential damage (like exposing your phone to extreme temperatures) reduce the capacity.

As your battery’s health declines, so does its ability to deliver maximum performance.

You might think that because your iPhone’s maximum capacity begins at 100%, it’s the only condition that can be considered optimal. However, that’s not quite true. Apple considers any iPhone with a battery capacity of 80% or above to be in optimal condition.

In fact, Apple feels so strongly about battery health that its 1-year warranty covers any battery at 80% capacity or more. It’s not unusual to see iPhones that, after one year, still have a battery capacity of 95% or above.

The reason is a type of fail-safe: Apple builds its batteries with excess capacity, meaning that it doesn’t actually use all of its potential operating power when its Battery Health states 100%. Even when it is at 80%, your phone is still operating in optimal conditions.

How to Check the Battery Status of Your iPhone

On any iPhone with iOS 11.3 or later installed, you can find your battery capacity by going to Settings > Battery > Battery Health. It’s important to note that this feature is only available for the iPhone 6 and any models that came after it.

In your Battery Health screen, you’ll also see an important secondary metric: Peak Performance Capability. Because of the above-mentioned nuance, this screen might actually be more important than capacity.

If you see the warning message, your phone will still function, but the time between charge cycles will be significantly shorter. The message only appears when your battery capacity is at 79% or below.

How to Extend Your iPhone’s Battery Life and Performance

Apple has tried to extend the battery life of their phones through something called performance throttling, or performance management, which caused some controversy a few years ago. Performance management throttles your phone’s performance on your behalf to keep the iPhone running and conserve battery. You can turn it off manually, but your iPhone’s battery will run out very quickly if you do so, since the iPhone will be operating close to its limits.

Instead, it makes sense to take these few simple steps that can extend your phone’s battery life, courtesy of Apple:

How iPhone Batteries Perform Based on Individual Models

When researching used iPhones, battery life and performance are probably among your top considerations. You can look at factors like the processing speed or RAM, but how much does that really tell you about the phone’s actual user experience?

Fortunately, other metrics exist as well. One is Geebench’s Performance benchmark, which standardises all iOS devices to compare their performance directly against each other. The results, from highest to lowest performance, are as follows:

Battery life is another important component when comparing iPhone models. The review specialists at AnandTech reviewed the battery life of each iPhone model from the last few years. They based their comparison on the amount of time a phone would be able to leverage a full charge when on WiFi. Their results are below:

The trends for both performance and battery life tend to be linear. Each new model tends to be more powerful than those that came before it and comes with new features that preserve and extend its battery life.

The bottom line is that newer models, regardless of whether their capacity is below 100%, tend to have longer battery life than their older counterparts and will be useful for longer as a result.

Refurbished iPhones vs. Other Phones: Who Wins the Battery Battle?

Of course, you may be looking beyond iPhones. In that case, how battery life and performance compare between Apple’s products and its competitors is an important question to ask.

For new phones, Apple generally wins out. In both the performance and battery life benchmarks referenced above, iPhone models place above their counterparts from Android and Google from the same year.

But what about refurbished phones? Here, it’s still better to trust iPhones over other refurbished phones. Generally speaking, iPhones retain about 15% more value per year than even their best Android counterparts. That indicates that the battery doesn’t degrade as much, performance doesn’t reduce as fast and the screen doesn’t get damaged as easily.

All in all, the iPhone tends to win the battery battle. Not only does it start out strong, it also retains its strength for longer. That’s what makes it such a good choice for anyone looking for a refurbished smartphone.

What Can You Expect From a Swappie Refurbished iPhone?

At Swappie, we guarantee that every refurbished iPhone has a battery with at least 80% capacity, meaning that it will work and perform like a new iPhone. You don’t have to worry about replacing the battery to get the performance you want. These standards are not guaranteed by other iPhone resellers. If you are unlucky, you could end up with a battery that has a capacity lower than 80%, significantly reducing its performance and remaining lifespan. It’s important to consider these things before committing to a purchase.

Especially in older models, even a perfectly functioning battery will not be as effective as it would be in a newer model. As shown above, an iPhone 7 lasts more than 6 hours less than the newest model. Keeping your expectations in line with reality can help you make a purchase that works well for both you and your phone.

So now that you have read our complete guide to iPhone batteries, we hope that you feel more confident with your knowledge. If you’re interested in checking out Swappie’s selection of refurbished iPhones, you can find them here.

Here are six good reasons why you should opt for a refurbished iPhone from Swappie: 1. It's more affordable Of course,... read more 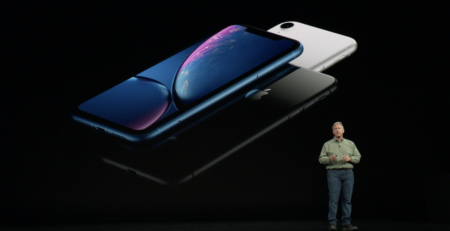 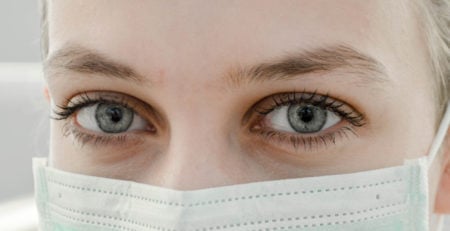 Read the best tips on how to sanitize and disinfect your smartphone. read more